On 4th March 2020, the Indian Supreme Court has promulgated a much-awaited decision on the legitimacy of Bitcoin. The order of the State Bank of India which imposed a ban on digital currency is set-aside in this decision. It is a whopping success of the Bitcoin users. This case was filed in 2018 by the Indian Bitcoin community.

On the other side State Bank of Pakistan has also declared Bitcoin as an illegal tender without declaring its pros and cons. It is among one of the reasons stated by the State Bank of Pakistan while banning Bitcoin is that it can be used in fraud (Multi-marketing) and money laundering. These multi-marketing fraud schemes which include Onecoin and Pay Diamond. Bitcoin is regarded as a digital asset in all over the world. Considering Bitcoin, a fraudulent venture like the above-mentioned fraud scheme is inaccurate.

Bitcoin mining Industry in Pakistan is also suffering a lot due to the ban on it. According to my empirical research, Pakistan is an ideal country for Bitcoin mining. Cheap electricity is one of the fundamental requirements for bitcoin mining which is easily available in the areas of KPK and SWAT. There are hydro turbines on the mountains of SWAT owned by private enterprises. Therefore, electricity is easily available in these areas at affordable prices. The cold weather in these areas is also favorable for the Bitcoin mining industry. 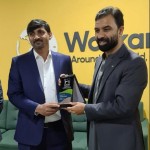